\ Skip to content
Masks are not required! Read More 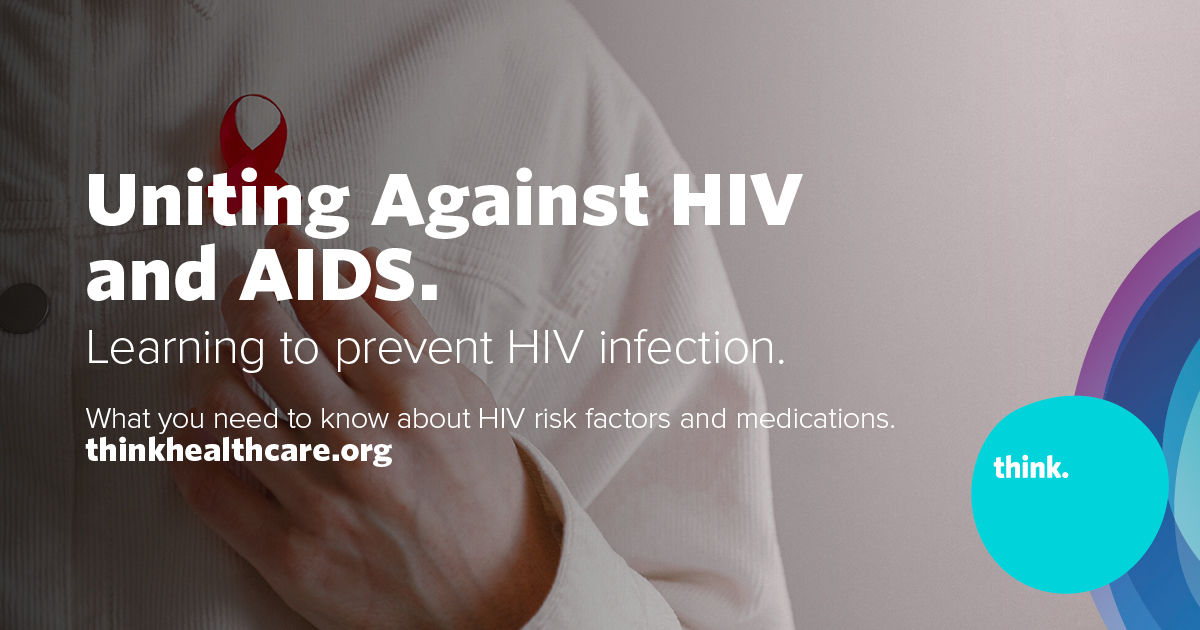 In June 1981, the first cases of what would later become known as Acquired Immunodeficiency Syndrome (AIDS) were reported in Los Angeles and New York City. Over the last four decades, the infectious AIDS virus and its precursor Human Immunodeficiency Virus (HIV) have killed more than 35 million people worldwide. HIV/AIDS has taken the lives of roughly 700,000 adults and children in the United States.

World AIDS Day is commemorated annually on December 1 to unite people around the globe in fighting HIV/AIDS and to show support for the estimated 38 million living with HIV globally. Initiated in 1988, World AIDS Day is the first recognized worldwide health day. Today in the United States, roughly 1.2 million people are living with the HIV infection and more than 30,000 new HIV infections occur nationwide each year.

Although AIDS was first discovered as a mysterious illness mainly infecting gay men in U.S. urban areas, the HIV virus that causes AIDS had first jumped from chimpanzees to humans in Africa. The first known human case of HIV is traced to a 1959 blood sample from a man who died in the then Belgian Congo.

Initial symptoms of HIV infection include sore throat, fever and fatigue. The disease then often presents with no symptoms until it progresses to AIDS. A person with AIDS loses weight and has a fever or night sweats, fatigue and persistent infections.

How HIV Is Transmitted

HIV is spread through contact with certain bodily fluids of an HIV-infected person. The fluids include blood, semen, vaginal secretions, rectal secretions and breast milk. Healthcare professionals who are exposed to HIV-positive amniotic and spinal cord fluids may also be at risk.

Transmission of the virus occurs most commonly through unprotected sex (not using a condom or not taking HIV prevention or treatment medication) or through sharing needles, syringes or other injection drug equipment. The virus can also spread through an HIV/AIDS-positive pregnant mother passing on the virus to her child during pregnancy, childbirth or breastfeeding. Because of strict testing of bloodborne pathogens, it is possible but quite rare for HIV to be transmitted through blood transfusions, blood products or organ donations. Skin cuts, bleeding gums or open sores can also transfer HIV if blood is present.

HIV is not transmitted through saliva, tears, sweat or by hugging, holding hands, closed-mouth kissing, sharing a toilet or sharing dishes. The communicable virus is also not spread through air or water or insect bites.

People Most at Risk for HIV Infection

The Centers for Disease Control and Prevention (CDC) have identified groups of the population currently with higher numbers of new HIV cases. These groups include men who have sex with men, African Americans, Latinos, injection drug users and transgender individuals.

If you or a sexual partner is diagnosed with HIV, you can employ several strategies to prevent further transmission of the virus. Abstaining from sex is one approach, as well as always using condoms the right way and never sharing needles.

Since the early 1980s, epidemiologists and other infectious disease teams have helped significantly turn around infection rates, which were once considered a death sentence. Today, to prevent HIV transmission, people living with HIV can take antiretroviral medications daily to reduce their detectable amount of virus in their blood, called a viral load.

Viral load is highest during the initial phase of HIV infection or if a person does not receive treatment. It can take up to six months of taking antiretroviral medications before an HIV-positive person reaches an undetectable viral load. If HIV cannot be detected in a person’s blood, they practically eliminate any possibility of sexually transmitting HIV to a partner.

Other HIV prevention options include a person taking a post-exposure prophylaxis (PEP) medication within 72 hours of a possible HIV exposure. PEP is used for emergency situations such as a sexual assault or exposure through injection drug use. Or a person without HIV can proactively take a pre-exposure prophylaxis (PrEP) medication to help lower the risk of HIV transmission. PrEP medications can be taken as pills or injections.

Your think physician can help determine if you are infected with HIV or AIDS. As a standard procedure for all pregnant women, we run blood tests to determine if any mother has a sexually transmitted disease or other health condition that we need to diagnose and treat. We can also do an HIV screen test for patients who engage in higher risk HIV behaviors. HIV does not always present with symptoms until later in the disease progression, so getting tested early is important.

If we do find that a patient is HIV/AIDS-positive, we refer them to a local infectious disease specialist to help the patient get the specialized care they need. HIV treatment or antiretroviral therapy (ART) comes in pills or shots. The Federal Drug Administration has approved many single pill or combination medicines. Generally, people who have an undetectable viral load for at least three months may be a candidate for the once a month or once every other month HIV treatment shots.

Our think providers do continue seeing HIV/AIDS patients as needed for their regular health exams or other health concerns. As with any of our think patients, all medical conversations and records are protected by the strictest standards of confidentiality. If a patient living with HIV or AIDS needs extra mental or emotional support, think has an excellent team of Behavioral Health practitioners onsite who can help patients successfully navigate their disease.

The human body cannot fully rid itself of the HIV/AIDS virus and no 100% effective HIV/AIDS cure currently exists. Yet people who can control the virus can present no risk of sexually transmitting HIV and can live healthy lives for years to come. Maintaining steady overall health is vital for all HIV/
AIDS patients, as it is for anyone living with a compromised immune system.

Safeguarding one’s health includes wise choices in nutrition, exercise, rest and relational/emotional support. Being mindful of regular checkups with a think healthcare provider can help those living with HIV/AIDS stick with their treatment plan. At Think Whole Person Healthcare, we have resources and people available for support, so no patient will feel alone in their health journey.

LEARN MORE ABOUT HIV AND AIDS TO LIVE A HEALTHY LIFE

Think makes it easy to receive both preventative care and treatment for a wide range of health conditions. From treating infections to joint diseases, our healthcare providers and specialists are committed to your lifelong health and well-being. Our walk-in clinic treats anyone, even those who are not a think patient or do not have a primary care provider currently. To learn more about our comprehensive healthcare services, visit our Services page online and choose your own think medical professionals by visiting our Meet Your Doctor page.